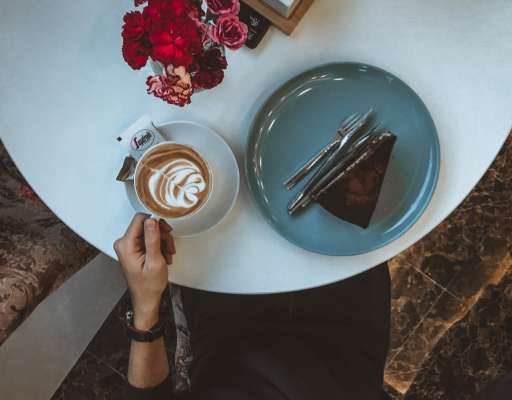 From coffee to tea

Turkish coffee, strong and sweet, served with coffee grounds in the cup.