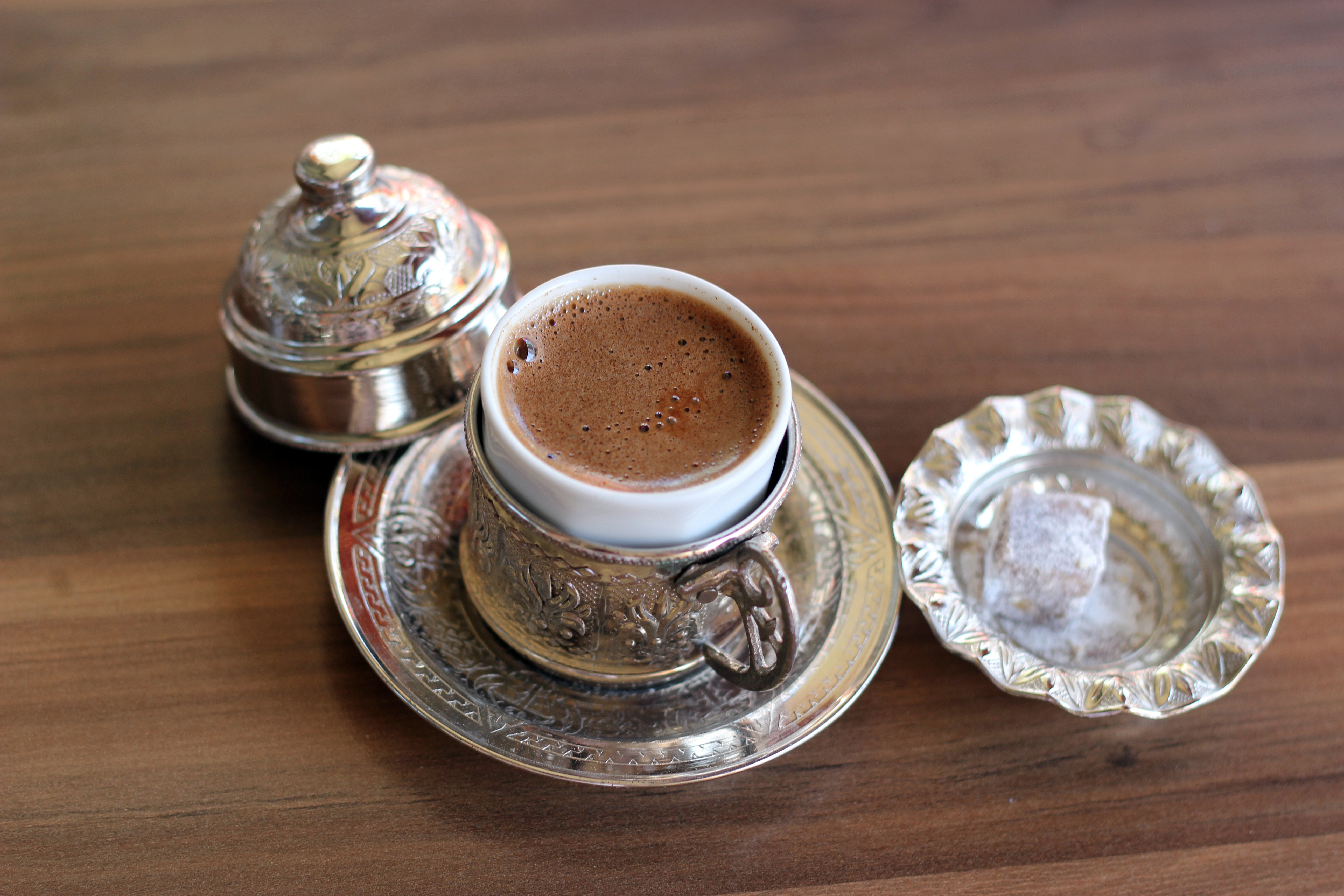 Today, on the 29 October is national holiday in Turkey. So cheers and let’s start the day with a Turkish mocha.

After drinking do not forget to read the coffee grounds!

After the first cup, the saucer is placed on the cup and the whole is turned around. While the coffee grounds is carried on the saucer, say the following saying.
“Nasilsa halim öyle ciksin falim!” (Roughly speaking: How my condition is, my destiny shall be shown).
Wait briefly, take the cup away and interpret the patterns that have formed in the cup when the grounds goes out. Here you can d it online, it is a huge fun for the first coffee in the morning! An overview of the different meanings can be found here.