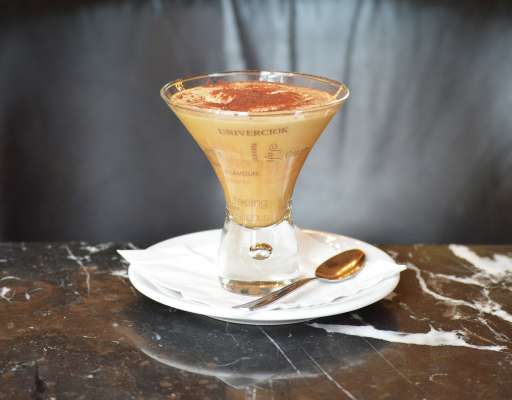 Hungary and its coffee houses have almost as long a history as in Vienna.

Hungarian Melange
Liquid honey, milk froth, mocha, which is layered along a straw in the glass, decorated with whipped cream and a coffee bean.
Here the video.

If you love Third Wave coffee, you’ll find it here: