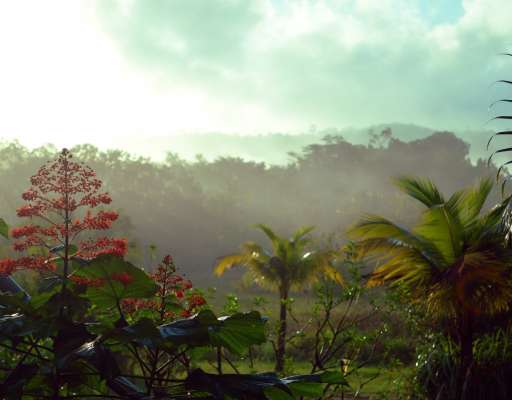 Thanks to French Guyana, today there is coffee in Brazil.

1719 coffee plants were stolen from Surinam and brought to French Guyana for cultivation.

In 1727, the first coffees from French Guiana arrived in Brazil.

Legend has it that it happened as follows:
The Governor of the Brazilian state of Pará told the young sergeant Francisco de Melo Palheta to bring a coffee plant from his visit to Governor M. d’Orvilliers in French Guiana, as Brazil had neither plants nor seeds of the coffee plant at that time. Governor M. d’Orvilliers was probably forbidden by the French king to comply with the Brazilian request.

The wife of governor Mme. d’Orvilliers should not have withstood the advances of the Brazilian sergeant long. When he returned to Brazil, she is said to have sent him a bouquet of flowers, in which she had hidden some of the longed for coffee seeds.

So the way was paved for today’s number 1 in the coffee business.