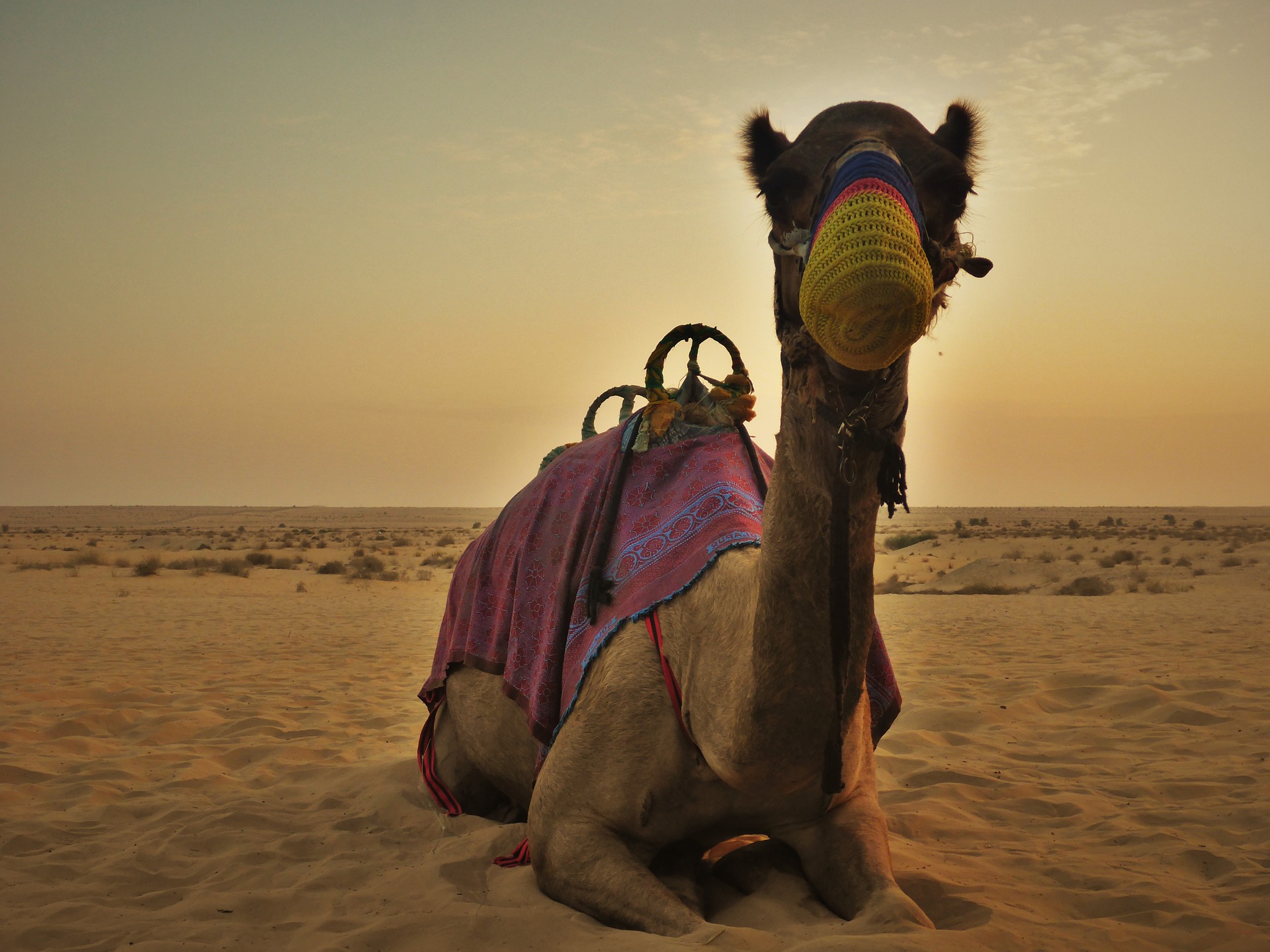 With 50 tons of coffee per year, only no. 69 of the coffee producers.

Nevertheless, the country has a long coffee tradition.

During excavations in Ras al-Khaima, the smallest of the Arab Emirates, remains of charred, roasted Arabica coffee beans were found. They lay in a layer of pottery found dated on the 12th/13th century. Today, coffee is drunk ceremoniously as it has been for centuries and is considered a sign of generosity and hospitality.

Traditionally, the raw coffee beans are roasted on an open fire in a pan and then crushed by hand. Then, water is boiled on coals in a dallah (Arabic coffee pot). Coffee is added and boiled for 10 min. Then cardamom and the cloves are added as well and boiled for another 3 min. Take the dallah from the fire and let it rest for a minute, so that the coffee can settle down. At the end rose water and saffron s added. Leave for 5 min
The host holds the dallah with his left hand and pours the coffee into small Arabian cups (finjaan), which he holds in his right hand. It is poured straight enough that the cup bottom is covered. Every guest gets coffee again and again. When the guest has enough, he swings the cup from one side to the other. In general, one takes only 1 cup of coffee as a recognition of the hospitality.
Dates or pastries are served for coffee.