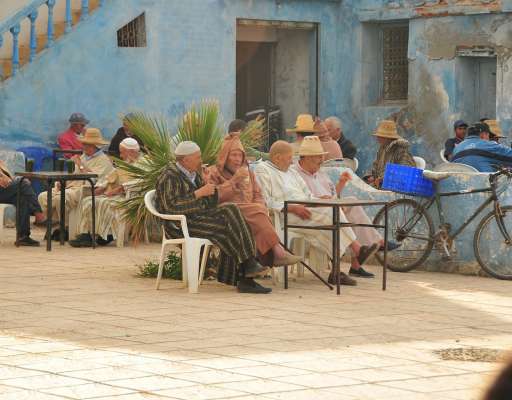 Tea is the national drink in Morocco, but in urban cafés more coffee is drunk.

Moroccan coffee house culture is a male empire. Visitors talk about business while they enjoy a coffee or tea. Women, on the other hand, are more likely to meet at “coffee time” with friends at home between 5 and 7 pm. In the new generation, this separation is increasingly blurred.