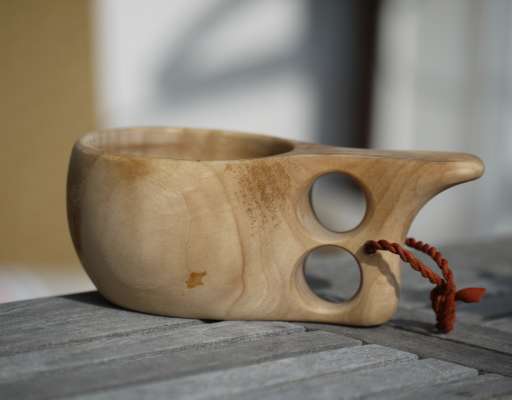 The world champion in coffee drinking!

The Finns have the highest coffee per capita consumption worldwide with 12.2 kg of coffee. That’s 33g of coffee every day, which is equivalent to 3.6 cups a day. The Germans manage only 7.2 kg!

The Finns drink their filter coffee very strong – is the dark winter to be blamed?
In any case, the coffee goes together with yeast pastries (Pulla), Finnish pies or Korvapuusti – cinnamon rolls.
If you order “kahvi ja munkki” you get a cup of coffee with a pastry that has been fried and rolled into sugar.
Coffee is usually drunk with sugar and milk. Attention: coffee with “real cream” (oikea kerma) is with a shot and not with cream 😉

Traditionally, Kainuu in central Finland serves coffee with Juustoleipä (cheese made from cow or reindeer milk). The cheese is cut into small pieces and comes before the coffee in the cup. After drinking, you can spoon the melted savory cheese.