Admittedly, I had a few jimjams and postponed the project for 3 months until today:

Roast my own coffee

Since I do not want to make it to my profession, the purchase of a roaster was not an option.
In a pan should be feasible, I thought. Since this is also done with various traditional preparations such as the Ethiopian coffee ceremony.
But I was discouraged by a barista.

If you are taken aback at the sunglasses, you should read through the horror stories on the internet, what can go wrong when roasting in the oven 😉

I preheated the oven on gas level 2 (140 ° C), spread the green beans smelling of peas generously on my plate and place all utensils where they are needed later. I actually thought about it again, if this is a good idea – then I opened the window of my kitchen, closed the door and answered the idea with “yes”.
Opend the oven, plate inside, closed oven, stopwatch started.
The temperature I have then increased every 2 minutes by 10 °C or a half gas level.
And yes, I thought I was a little stupid to open the door of the stove every 2-3 minutes with the sunglasses on my nose, to turn the beans with the wooden spoon. But hey, no one has seen me and who wants to be hit by a jumping hot bean in the eye.
After 5 minutes the browning of the beans slowly started. The 1st crack came then from minute 12. But neither the flaking skins of the beans flared in the oven, nor the comparison of the crack with popcorn stands – at least in my experiment. The question was then really exciting, when I stop roasting. The 2nd crack was not recognisable. It cracked from the minute 12 regularly in the oven … So I decided by the colour. It was not perfect for me after my planned 18 minutes (220 ° C). So I took them out of the oven pretty much after 20 minutes and poured them into my sieve in the sink for quick cooling. Then always chop up, catch and blow away the skins until the beans were only lukewarm. And in between, being quite proud that I did not flare the kitchen with my experiment. The rest tell you the pictures. 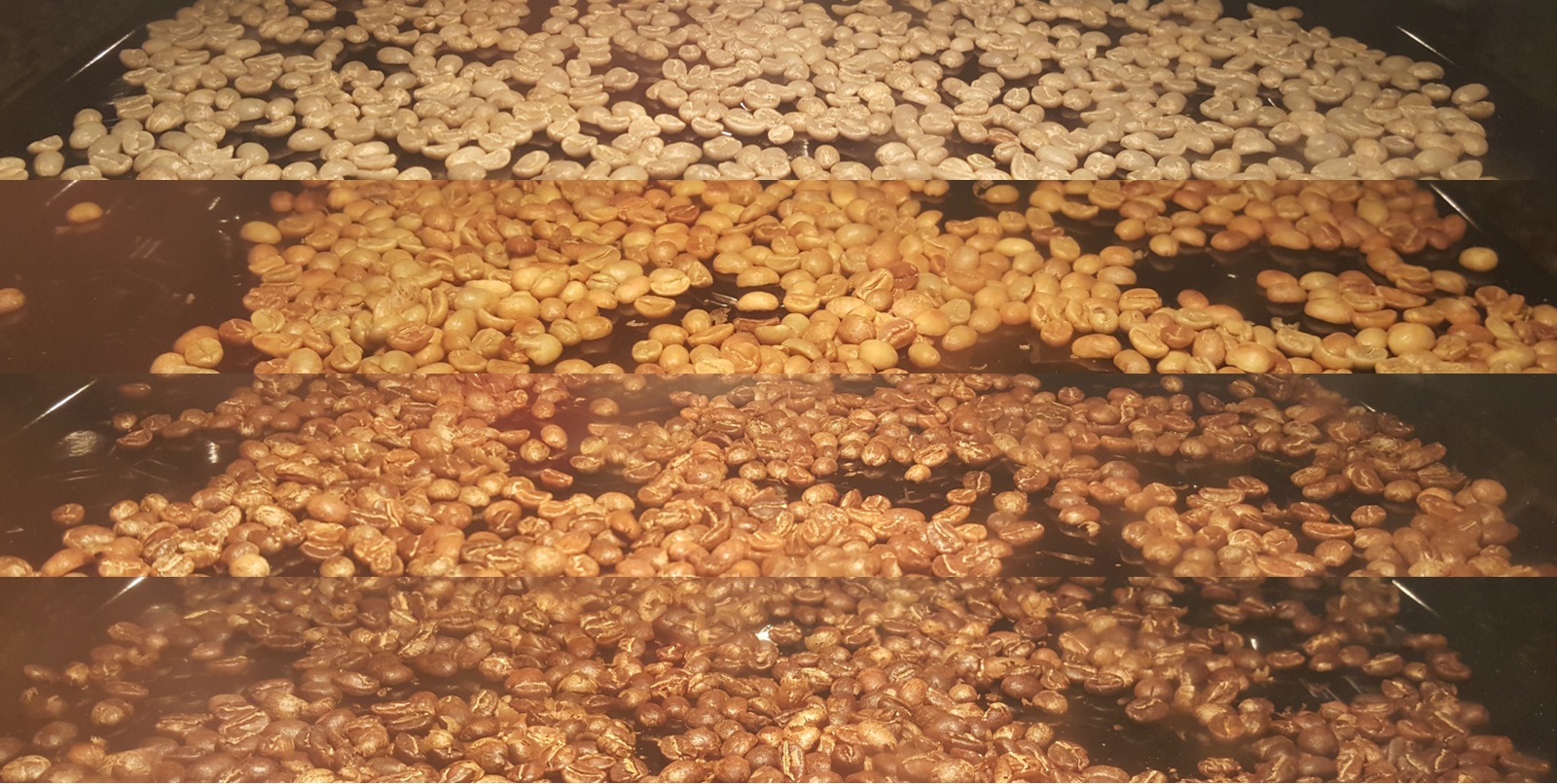 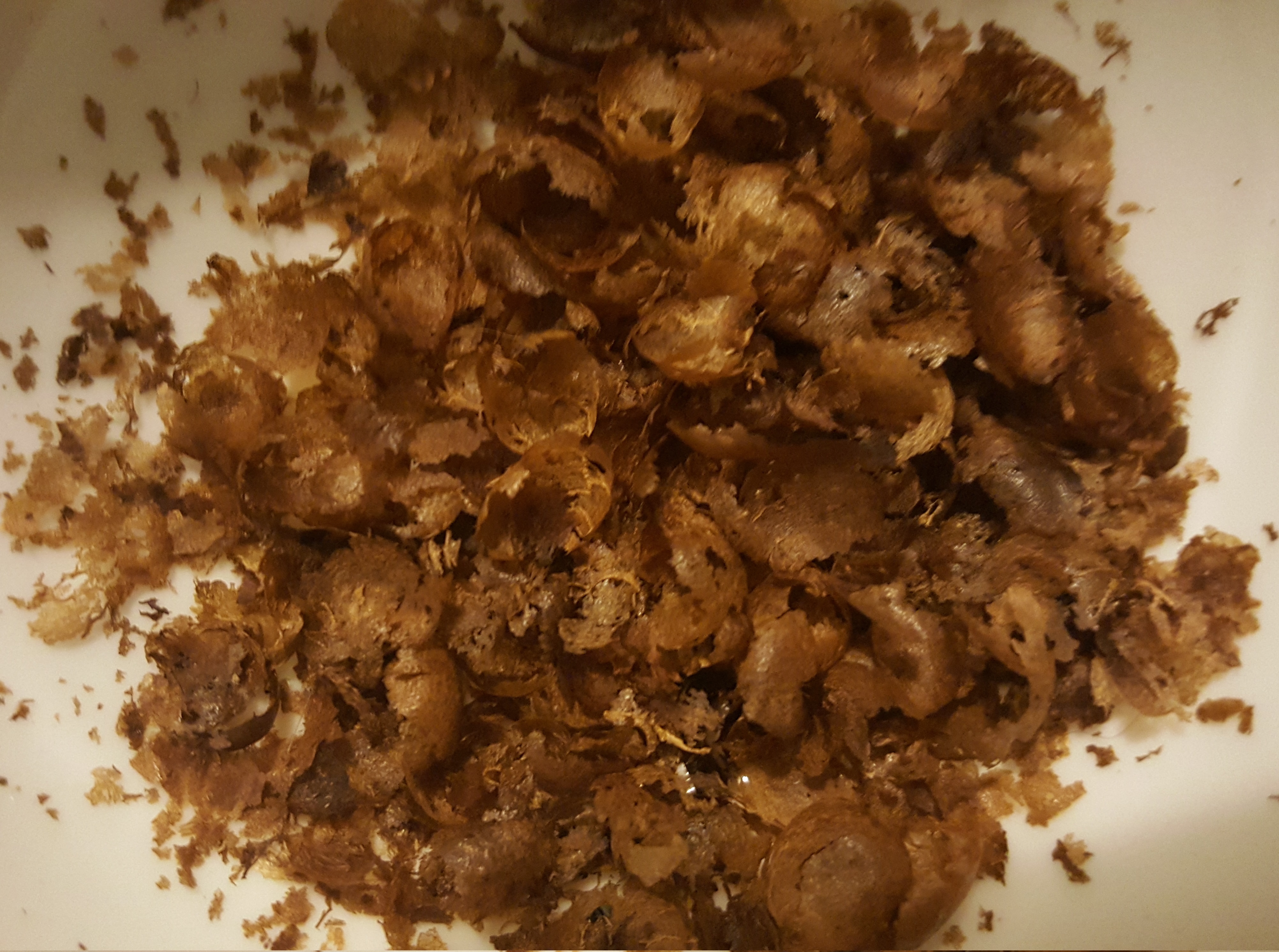 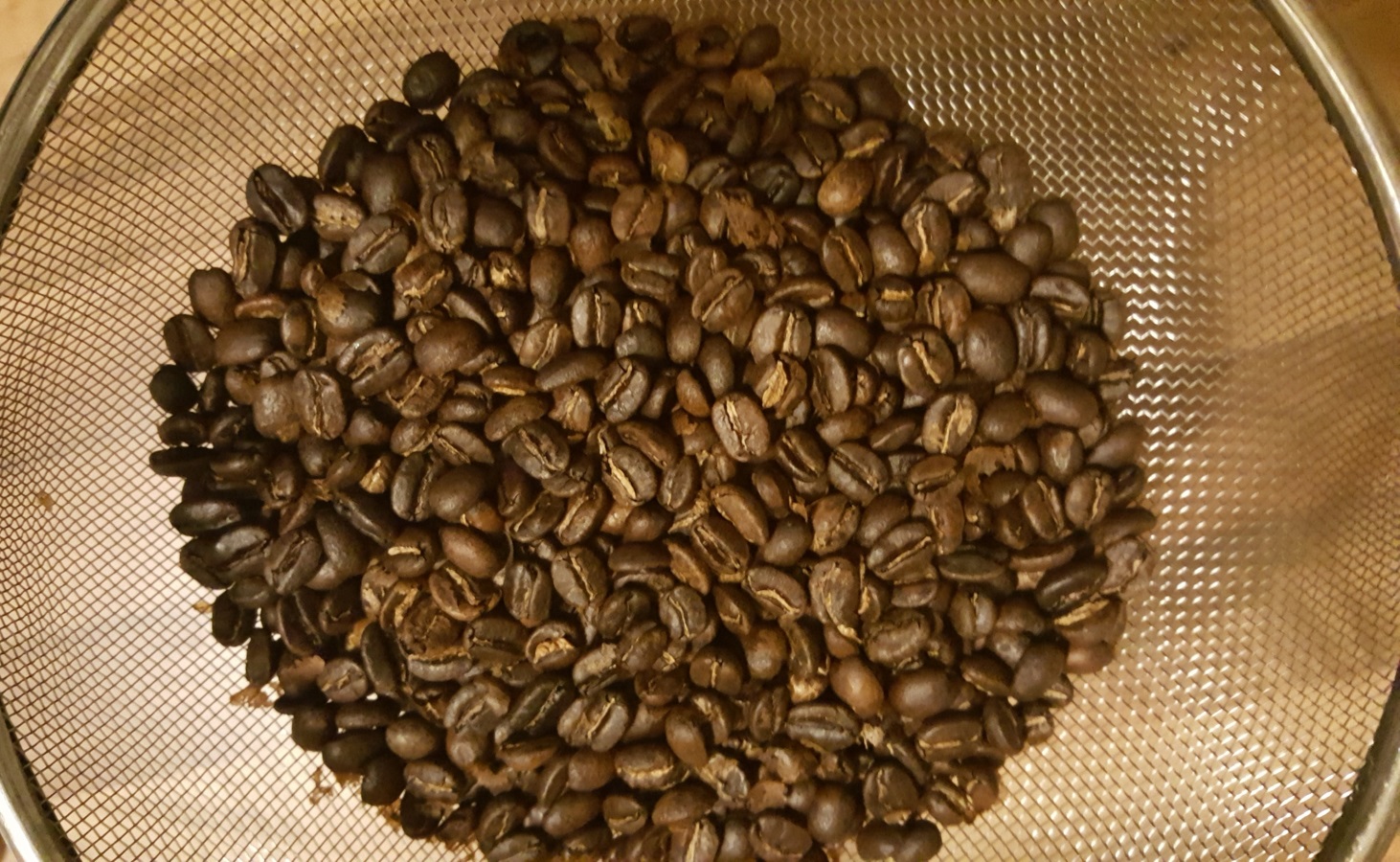 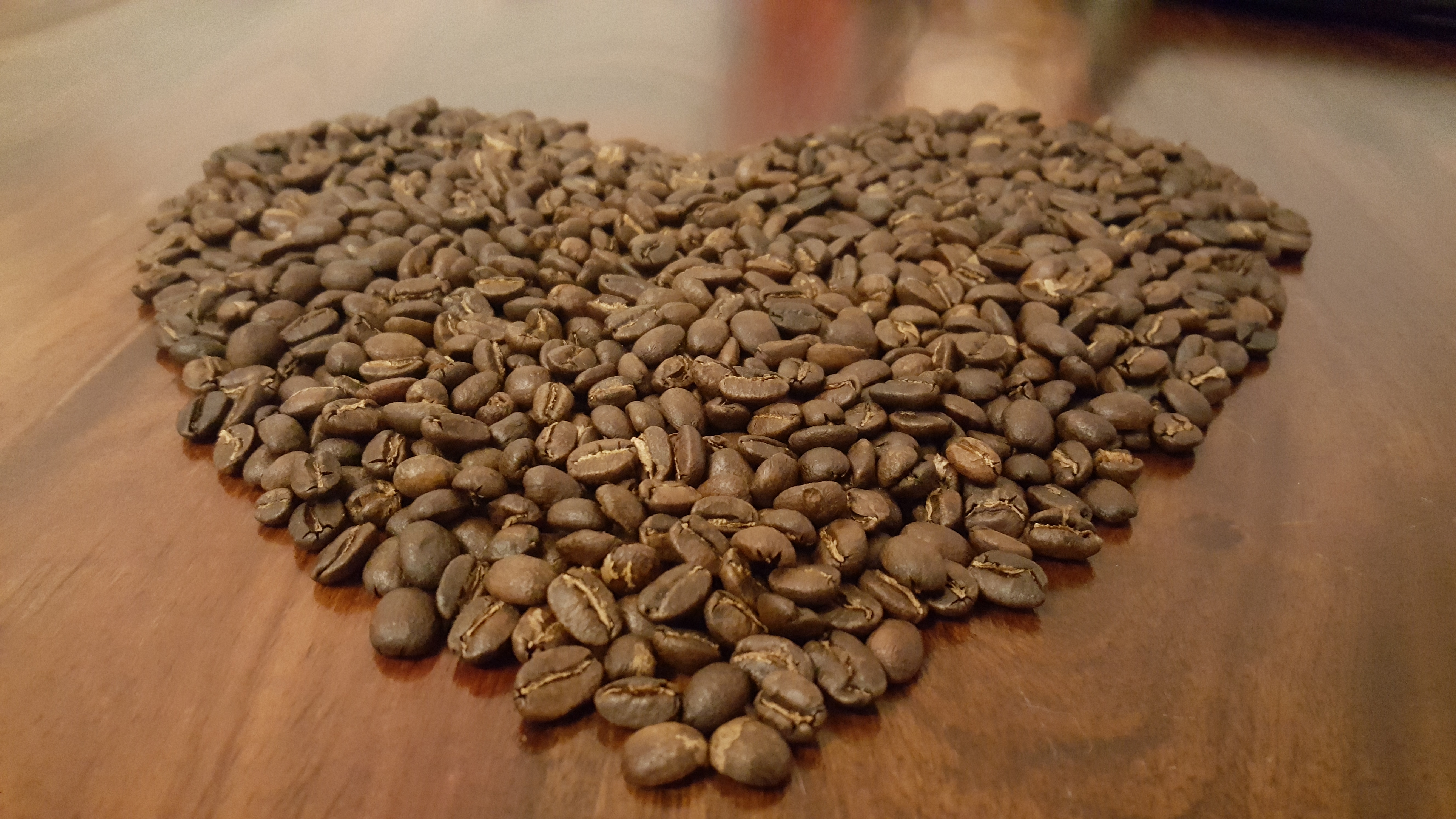 How the coffee tastes? I tell you after breakfast.