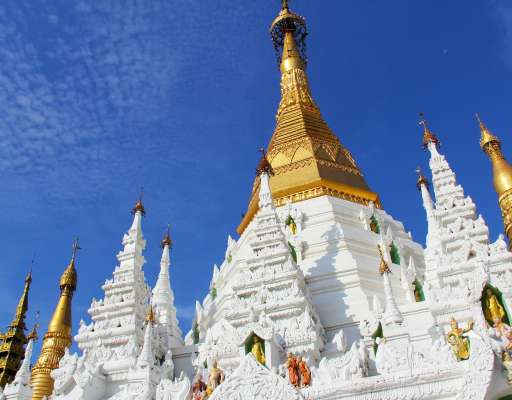 The Myanmars are traditional tea drinkers. But since the end of the military dominance in 2011, coffee is on the rise. However, only better-placed citizens can afford to drink coffee. Accordingly, widespread is instant coffee.
In Yangon is now also the animal cafe hype of other Asian cities has arrived.

coffee powder with dried milk and sugar is dissolved in sweet hot milk and served in tiny cups. Alternatively, the mixture is poured with hot water and drunken from small bags.