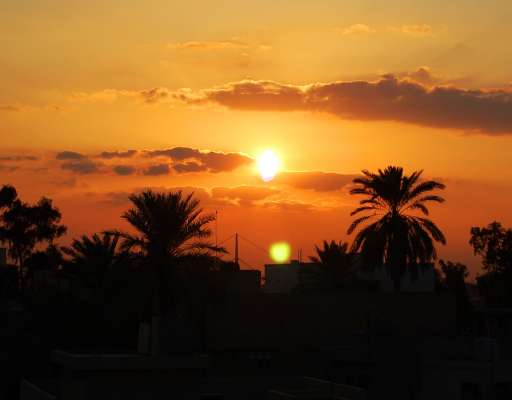 In Baghdad the Arabic coffee pot dallah has its origins.

Jordan‘s port Aqaba used to be an important hub of international coffee trade.

From there, the bedouin caravans brought coffee to Iraq and Iran.

In Iraq, coffee is part of hospitality and means generosity. If the host offers her/his guests coffee in her/his house, it is a sign of respect and social status. The coffee ceremony follows its own etiquette. The first cup is a must. Whether the guests want to drink a second is up to them. If the host offers a third cup, that means respect and honor in the interest of the visitors. If someone leaves a cup of coffee untouched, that does not mean the coffee does not taste good. Rather, the guest may want more, such as holding the hand of a woman or helping to reconcile two families or people.

Arabic coffee is often strong and bitter, sweetened by various spices. Each community uses its own special combination – but cardamom is the most popular spice. The coffee is prepared in a metal coffee pot like the Dallah over an open flame or an oven.